Discover the best things to do in Lelystad, the Netherlands

So, as I told you before, I am from Lelystad, the Netherlands, a city with approximately 80.000 residents. It’s in the backyard of Amsterdam on reclaimed land called Flevoland (which is the largest-ever reclamation project). By train, Amsterdam is only 30 minutes away. In this blog, I will tell you about the founding and all the things to do in Lelystad.

Lelystad is the capital of the province of Flevoland in the Netherlands. The city is founded in 1967 and was named after Cornelis Lely. He was the engineer who made the reclamation possible. Lelystad is approximately 3 metres (9.8 feet) below sea level. It is built on the seabed of the former Zuiderzee. The Zuiderzee was the main transport route from Amsterdam to the North Sea. This is the start of our list of things to do in Lelystad, the National Centre Of Maritime History.

In 1950, after the second world war, they continued constructing the polder of Eastern Flevoland. In 1955 the workers first reached the mainland, which made it possible to drive to Lelystad by car. Until 1967 the only inhabitants of Lelystad were technical engineers and labourers living on the former construction island. Lelystad is a young city and a lot is going on like developing an airport, a harbour and a lot of houses are being built. In the meantime, what are the best things to do?

1. National Centre of Maritime History in Lelystad, the Netherlands

The National Centre of Maritime History is a museum, a shipyard and they have a replica of the ship “Batavia”.

The museum is all about Dutch history on water, which is a rich history because the Dutch were champions in trading between 1588 till 1702, the so-called Golden Age. There are varying exhibitions and challenging educational and interactive presentations for children. You can find information about prehistoric times, lost shipwrecks and of course all kind of information about building the replica of the “Batavia”.

And last but not least, the Batavia. The original Batavia was built in 1628 at the Peperwerf in Amsterdam. However, on 4 June 1629, the ship perished off the West Australian coast on its maiden voyage.

Willem Vos started in 1985 with the reconstruction of the Batavia. It took until 1995 to finish it. Now it’s open for the public to visit it. This is a fun activity to do especially when you have kids!

Batavia Fashion Outlet is next to the Centre of Maritime History. It’s a good idea to combine the two 😁! With more than 250 international fashion & lifestyle brands such as Hugo Boss, Scotch & Soda, Michael Kors and Tommy Hilfiger, you are waiting to inspire you with the latest trends, must-haves and more. The 150 stores offer you a discount of 30% to an impressive 70%.

3. Exposure in Lelystad, the Netherlands

Right in front of the Batavia replica, you can see a statue of a sitting man, this massive sculpture is called Exposure. It is one of the six massive land artworks in Flevoland. This sculpture is designed by the British artist Antony Gormley. It’s 26 meters high and 1.800 bars of steel are used to build it. This is an excellent place to take some awesome pictures, not only from the statue but of the coast of Lelystad aswell.

National Aviation Centre Aviodrome consist out more than 6000M2 of aviation history. There are more than 100 different aircraft to see. In some of them, you can even go inside to take a look. Also, they have a lot of old cars and a space aviation section.

You can take a tour, or just walk by yourself through the museum. And if you always wanted to be a pilot, you can try the flight simulator. It’s even possible to book a sightseeing flight in a Cessna 172, Fokker four or a DC-3 Dakota.

If you want to know everything about (dutch) aviation, you can spend easily a whole day here. Most of the exhibition is inside so maybe it’s best to pick a rainy day for this one!

5. Oostvaardersplassen in Lelystad, the Netherlands

The Oostvaardersplassen is the biggest man-made (like everything else here in Lelystad, the Netherlands, once I was in the train and heard tourist say that it’s weird that all the trees are having the same hight. I never thought about that until than..) nature reserve in the world.

Thentousends of birds are coming here to rest during bird migration. Some of them are here because they are looking for a place to breed. There are wild horses, wild cattle and red deers. Also, you can find foxes hunting for their prey.

The quietness, space and food richness are still attracting a lot of different animals to this nature reserve. It’s possible to take a walk by yourself or to go with a guide. And after you are done hiking, there is the possibility to end the day with a nice drink in their restaurant.

6. Lepelaarsplassen in Lelystad, the Netherlands

The Lepelaarsplassen is an exquisite example of nature in the biggest polder in the world. Between land and water, there is a food richness marsh area below sea level. The area was created in 1968 when southern Flevoland fell dry and was designated as a nature reserve in 1971.

Large numbers of birds come to the lakes, reed fields and wet grasslands of the Lepelaarplassen to build nests and raise their chicks. It is a popular hunting ground for the great egret, great blue heron and spoonbill. Gnawed trees betray the presence of beavers. At dusk, the fox goes hunting and a deer appears from the undergrowth. No day is the same! There is a walking route of 12km.

7. The Markermeer in Lelystad, the Netherlands

The Markermeer is a beautiful sailing area for water sports. Virtually no other water in the Netherlands offers so many uncomplicated options. Especially for the experienced water sportsman, it is a challenging area. In calm weather, even smaller ships can sail well on the Markermeer.

8. The Markerwadden (small islands in the Markermeer) in Lelystad, the Netherlands

Markerwadden is a unique project that contributes to the restoration of nature in Markermeer through the construction of islands with sand, clay and sludge from the bottom of Markermeer. Many algae and aquatic plants once lived in Markermeer and there were a rich plant and animal life. That situation changed with the disappearance of the natural dynamics of the area.

The Markermeer currently has few natural shores and shallows. This disrupts the natural balance. Markerwadden is going to bring back banks and shoals. Nature receives an enormous boost by creating favourable living conditions for aquatic plants, shellfish, birds and fish. There will be islands with natural shores and spawning grounds. This creates a robust new nature area with clear water in the heart of the Netherlands. A pearl where life is good for migratory birds, fish and other animal species.

Natuurmonumenten has been offering a ferry service since April 2019 to the new group of islands in the Markermeer. Together with several shipping companies, they have managed to arrange a boat trip on several days with a ferry to Markerwadden. The harbour is also accessible with your boat and various charters offer trips to the Marker Wadden.

For the visitors, it is still really pioneering on this newest part of the Netherlands. There are beautiful walks along with three new bird watching cabins, an impressive lookout tower and the harbour beach and North beach. It is still a vast, empty landscape where nature develops and birds flock en masse. Work is still underway in the summer of 2019 on a small settlement, with an office for the harbormaster, a group room for researchers and a sort of island pavilion with small-scale visitors to the hospitality industry.

Private individuals already come with their boats and charter ships with companies. Now there is also a temporary ferry service in operation. This ferry service was set up together with ships De Zuiderzee, Abel Tasman, Willem Barentsz and the Marken Express. Only a limited number of days can be sailed, according to a fixed schedule.

But there is more…

9. Flevolandschap in Lelystad, the Netherlands

This park is a very natural site with a varied, water-rich and park-like landscape. There are endangered animal species such as wisents, Przewalskipaarden, otters, beavers and Pater Davidsherten. Less endangered species such as wild boar, red deer, moose and storks roam around. Of course, the “really wild” fauna is not missing.

Everywhere in the park, you can see deer, rabbits, foxes, weasels, ermines and polecats. The bird population in this varied landscape, with main hardwood, is particularly rich. Lelystad Nature Park has become internationally known through the reintroduction of Przewalski horses in Mongolia and wisents in Russia and Latvia.

Some animal species have become so rare that they can hardly survive on their own, let alone reach new areas. Nowadays, some sites are fortunately made suitable again as habitats. Sometimes bred specimens, for example of the otter and beaver, are released to give the species a new chance.

Lelystad Nature Park actively participates in various breeding and reintroduction programs. And with success. The introduction of the beaver in the Biesbosch was partly due to Natuurpark Lelystad. The beavers in the Nature Park reproduced well and were a welcome addition to the difficult starting population in the Biesbosch. Moreover, the beaver, by escaping, expelled himself in Flevoland. Thanks to these escaped animals, more than 140 beavers now live in complete freedom in various places in Flevoland.

The park is laid out in such a way that you can feel at home and soon you fall under the spell of the fascinating life of the animals. Kilometres of cycling and hiking trails wind through the wooded terrain, take a walk or a bike ride is a discovery through nature. You can rent bicycles in the visitor centre so that you can visit the entire park. There is also plenty to see and experience for your children. They can improve their knowledge with a treasure hunt or backpack route, or enjoy themselves in the new playground. A visit to Natuurpark Lelystad is certainly worthwhile.

American artist Robert Morris designed this Observatory for the exhibition “Sonsbeek outside the Perken” (1971). It was then between Santpoort and Velzen and was rebuilt in Flevoland in 1977.

The Observatory is an example of land art or landscape art: a combination of visual art and architecture. This art form originated in the United States in the late 1960s. Artists created special objects and places using the landscape.

The Observatory forms a whole with the environment. You can experience the rhythm of day and night and the change of seasons in peace. It is a place where every inhabitant of Flevoland should experience sunrise at least once in his life on June 21, the longest day.

A circular space enclosed by earthen ramparts forms the heart of this unique combination of visual art, architecture and symbolism. On the east side, there are three visors: the two outer ones of Bavarian granite are on a hill. The middle one consists of two large-sized steel plates. Wooden tunnels give access to the centre. Whoever stands on the stone in the middle sees the visors through three narrow openings.

There are a lot of fun things to do in Lelystad, the Netherlands. Only just 30 minutes away from Amsterdam! I haven’t even mentioned all the festivals and other activities which are organised during the summer times! It’s a nice and quiet place with a lot of nature all in the backyard of Amsterdam. So even when you are visiting Amsterdam and you want to escape the busy city, come to Lelystad for a nice walk in one of the nature reserves right here!

Do you need any help with anything? Leave me a message!

And of course, don’t forget to subscribe for the newsletter! 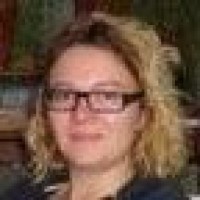